by Vision Update
in Law and Order
0

A civic group, Policy and Legal Advocacy Centre (PLAC) has expressed the fear that the grazing conflict will compound the grave human rights situation in Nigeria. 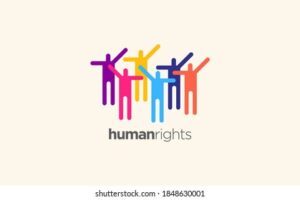 Amid growing outrage by citizens on the killing of a couple by the convoy of the People’s Democratic Party (PDP) deputy governorship candidate in Akwa Ibom State, and a pregnant female lawyer by a police officer in Lagos, PLAC says the grazing conflict requires urgent action by the Buhari administration.

In a report on the human rights situation in the country published on their website, the group says, “there is an urgent need to tackle the grazing conflict sweeping the country as it is directly implicated in food shortages and their rising costs.”

According to PLAC, ‘the state of the economy will inevitably affect the state of human rights. The government needs to improve its economic management, given that the welfare of the people is the primary responsibility of government.

The group however, pointed out that it launched the report on the occasion of World’s Human Rights Day on December 10.

Its Executive Director, Clement Nwankwo, a lawyer, is raising concern that Nigeria is off course and drifting away from its responsibilities and respect for human rights as enshrined in the Constitution and international treaty obligations.

“Not only has the country failed to protect a vast majority of its citizens from the erosion of their basic and fundamental rights, the government was often found complicit in actions that deny rather than enhance those rights.

“One key finding made in the report is that Nigeria is going through serious economic difficulties which formed the backdrop, or often provided the impetus for many of the rights violations that happen in the country.

“In the midst of severe economic difficulties, the ideal conditions for meeting the most basic of rights are non-existent. The fact that the country is at the same time going through a political transition amid plunging revenues makes the situation even more precarious.

“The result has been a worsening of social tensions, a further escalation of a long-simmering grazing conflict that follows ethnic and religious fault lines, leading to the emergence of insurgent and secessionist groups in different parts of the country.

“It is against this background that much of the violations of human rights unfolded in Nigeria in 2022.

“The biggest dangers to the fundamental rights of Nigerians have come in the forms of threats to life, personal liberty, human dignity, the rights to private property and family life.

“These have come mostly from a failure of the state to ensure the welfare of its citizens, which is one of the fundamental objectives of government.

“These rights have been outrageously violated during the period under review in the incidents of kidnapping for ransom, heinous killings, various communal conflicts, insurgencies and secessionist movements.

“These violations, by mostly non-state actors, take place largely because the state has failed the citizens through its inability to guarantee as well as maintain law and order.”

PLAC is recommending a change in attitude where the government sees itself as the prime defender of human rights rather than their prime violator.

“This it can do be adhering to the rule of law in all its conduct and avoiding the current appearance of selective application.

“The state of the economy will inevitably affect the state of human rights. The government needs to improve its economic management, given that the welfare of the people is the primary responsibility of government”, says PLAC.

It states that there is an urgent need to tackle the grazing conflict sweeping the country as it is directly implicated in food shortages and their rising costs.

Continuing, PLAC says, “government should redouble efforts to tackle pervasive insecurity in the country and reassert its control over the country’s territory.” P

It is also calling on the authorities t launch investigations into allegations that some members of the security forces are showing partisanship to some sides in the grazing conflict, to nip such practices in bud, if true, and boost the citizens’ trust in the armed forces.

It equally called on the government to take steps to ensure that states that make laws that are in violation of the Constitution are called to order and asked to reverse course, given that the Federal Government is the custodian of our constitutional order, with the president and the governors swearing an oath to abide by the Constitution.