by Vision Update
in Politics
0 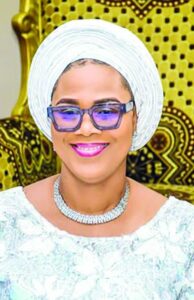 The tribunal earlier today dismissed the case instituted by SDP and
its candidate Mr Segun Oni against the June 18th election of Biodun
oyebanji as the Governor of the state.

According to the Governor’s wife, the election of Mr Oyebanji was
divine and has been attested by the Tribunal.

“We are not in this race by accident, BAO is the Governor of Ekiti
today by divine arrangement, it’s not something we just stumbled upon;
it was orchestrated by God.

“The same God who called him is at every stage of every battle to
defend him. What God has done today builds my faith and increases my
confidence in Him”, she stressed.

Mrs Oyebanji further appreciated all the leaders and members of All
Progressives Congress (APC) and Ekiti people for their support for the
Governor and prayed that God continue to move the state forward under
Oyebanji.

The court in over two hours forty five minutes judgement resolved all
the issues brought by the petitioner for determination against them
and subsequently affirmed the election of incumbent Governor Biodun
Oyebanji.

Delivering the ruling, a member of the Tribunal Justice Zaad Zadawa
held that the SDP and its candidate failed to present satisfactory
evidences that the incumbent Governor and his Deputy were not
eminently qualified to contest the June 18 poll.

The court further affirmed that it was puerile for the petitioner to
base their case on the signing of a nomination form since it was the
party at the state level that decided the candidate to represent it in
an election.