by Vision Update
in News, Politics
1 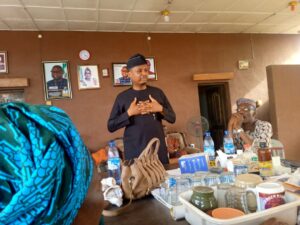 The Apex leaders of the ruling All Progressives Congress (APC) ward 12 in Abeokuta North local government in Ogun State have formally received one of the illustrious son of the soil, Engr. Adebare Abolurin into the party.

The visitation to the ward according to Engr. Abolurin was to reaffirm his total, unalloyed, unmitigated and absolute support and loyalty to the APC party from the grassroots level. 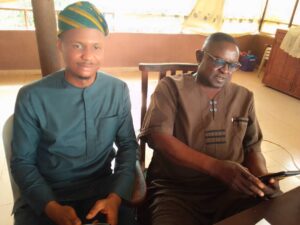 Engr. Abolurin, a son of the former NSCDC Commandant-General, Dr. Ade Abolurin OFR, said since he has chosen Ward 12 as his ward and as a bonafide son of the soil, it is important to know the leadership of the ward and build a robust relationship with them. 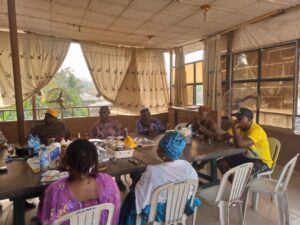 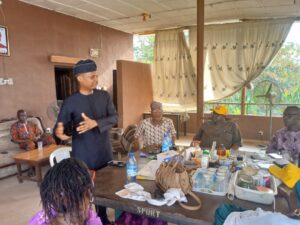 Our correspondent gathered that it was a familiarization meeting which it was initiated by the Ward Leader, Chief Sunday Akintona, during the meeting, Engr. Abolurin was able to know the various leaders in Ward 12, Abeokuta North State Constituency and the roles they play in their various capacities.

Addressing the gathering, Engr. Abolurin who equally the Chief Executive Officer of Iconic Energy Limited, a Petroleum products marketing Company hinted that he’s a bonafide member of the party adding that he’s coming was to know his ward leaders and build relationship with them.

His words “As a member of the APC, I’m delighted to be a member of Ward 12 in Abeokuta Local government. As a true son of the soil, I’m here to identify with my leaders and build a rewarding relationship with them.”

The young handsome man also admonished the leaders to work together with him in ensuring that they deliver their ward to all the APC Candidates in the upcoming elections.

He assured all the leaders of his commitment to the party and to Governor Abiodun second term agenda, saying that a “victory for the Governor at the polls, is a victory to all APC members.” 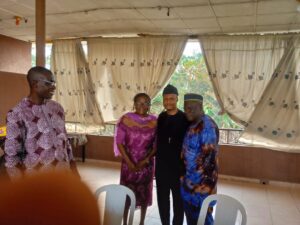 Engr. Abolurin, the Executive Director in Transcaspian Limited narrated some of his key contributions towards the first campaign in 2019 with Prince Dapo Abiodun which eventually created a window for him to be selected as a member of the security committee for his inauguration as the Governor of the State. 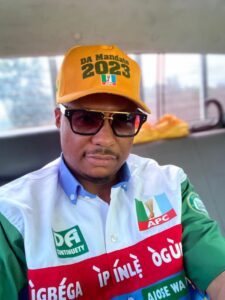 He therefore reiterated his commitment to the party, pledged to support his Ward by sponsoring the payment for a new and befitting Ward secretariat for ward meetings.