by Vision Update
in Law and Order
1 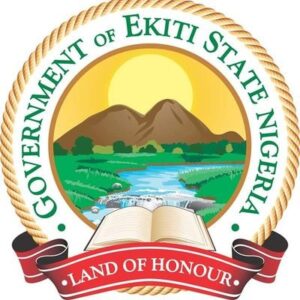 To avoid explosion that could cause colossal loss of lives and
property, the Ekiti State Government, has ordered immediate removal
and confiscation of a Gas Tanker abandoned at an accident scene at
Igede Ekiti, Irepodun/Ifelodun Local Government area of the State.

The Government, also directed the security agencies to ascertain the
owner of the articulated vehicle conveying the gas-laden tank that was
abandoned since Friday along Igede-Iyin Road, which poses serious
danger to the people.

Handing down the order during a visit to the accident site on Monday,
the Deputy Governor, Chief (Mrs) Monisade Afuye, said Governor Biodun
Oyebanji was deeply worried by the abandonment of the tank in the
residential area for days without prompt action taken to evacuate it.

Afuye, in a statement by her Special Assistant Media, Victor Ogunje,
said the Governor’s expectation was that the owners ought to have
evacuated the inflammable substance from the accident portion few
hours after the accident, but lamented that such action was not
contemplated.

The Deputy Governor said the State Government had deployed fire
fighters to the portion to be on guard and avert any any untoward
situation.

She said the removal and confiscation became the best option to
prevent unwarranted loss of precious lives of the people, since the
owners could not be ascertained as of the time of the visit .

The Deputy Governor directed the Chairman of the Council, Hon.
Babatola Ogundana to get another articulated truck and work with other
experts and remove the inflammable substance from its present scene
with immediate effect.

She said; “We thank God that no explosion accompanied the accident
despite that this substance is highly inflammable. But it was bad for
the owners to have left it here for days without thinking of the
implications of his action.

“The Governor was worried and that informed his action that fire
fighting truck should be stationed at the scene of the accident,
because as the tank gets hotter, the possibility of it exploding is
very high and that could be dangerous to our people and their
property.

“The safety of our people is of priority to this administration and we
won’t take chances with this. The Chairman should work with experts
and remove the tank from here within the next few hours, that was the
instruction of Mr. Governor”.

Mrs Afuye commended the Council boss for promptly informing the police
and the Department of State Services about the incident, saying the
agencies will investigate and unravel the identities of the owners.

In his response, the Council Chairman, Hon Ogundana and the lawmaker
representing Irepodun/Ifelodun Constituency 1 in the House of
Assembly,Hon Femi Akindele, said the landlords and motorists, had been
gripped with fear, since the accident occurred last Friday.

Akindele said the truck had the accident while trying to ascend the
hilly portion of Igede-Iyin road, and that he said accounted for why
it fell along the roadside.

“We are all worried here. Even the residents and leaders of Igede are
worried . They were not really happy about why the owners abandoned
this dangerous and inflammable substance here for days. To us, this is
insensitive and callous.

“We thank the Government of Ekiti State for taking this prompt action.
This I believe will help in averting serious crisis here. Lives of the
people should be very precious to any government and that is exactly
what Governor Biodun Oyebanji has demonstrated here.

“We are assuring him that all the stakeholders will work together to
carry out his instruction for the sake of all of us”.